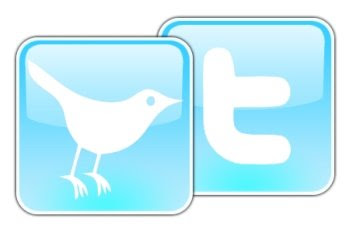 Twitter is the new black. Everyone is doing it! Well, everyone except, of course, our schools. For most, the issue starts and ends with the firewall departments. Twitter is blocked and therefore no further discussion is necessary. But even if Twitter is blocked, isn't there still value in using it after hours and with those who have a vested interest in school-based updates?

Some school districts and individual schools ARE using Twitter to issue updates to the community. There certainly are many teachers who use Twitter and we've all seen many presentations where the benefits of using Twitter in the classroom are sung with great praise. What's missing is what it all really looks like.
What does it all really look like?

Whenever I venture into new territory, the first thing I do is seek out those who are already actively involved. I've created a few collaborative documents to try to compile information on those who are currently using Twitter in our schools. The first is for school districts on Twitter. The inspiration for this was when I learned that the school district next door to us (where it's blocked BTW) was using Twitter to issue updates to the community; but we were/are not. I wanted to find out if there were many other districts trying it out as well. This spreadsheet has since proven helpful to many educators as we all continue to argue for reasonable awareness as it relates to our school districts using Web 2.0 and social networking tools. If you have something to contribute, feel free to edit it here.

The next document is specifically for classroom teachers who use Twitter with their students and/or their parents. Feel free to edit this one as well.


The last is a wiki site I set up in a manner of minutes thanks to a tweet sent out by Liz Kolb (@lkolb) Here, I'm looking for some concrete examples of how teachers are using Twitter with their kids or parents. Please add or glean ideas here as well.

If you're someone who has never considered using Twitter in the classroom, I encourage you to check out a few of the Twitter names on the last spreadsheet and check out their tweets. I've already learned a lot about the different ways teachers can not only keep parents informed but motivate students to stay involved.

It is a great idea for educators to share what they are doing in the classroom with Twitter. Maybe if list gets long enough, it will something tangible to present to individual school districts for consideration. Technology is our future!!!

@Gayla
That's what I'm hoping for. Thanks for visiting my blog and for commenting. Hopefully, we'll all be able to do great things together. :)

At Lewis Elementary we have a Friendfeed set up to watch for the following: Posts by teachers to our teacher site, posts to our main school site, and images that are posted to Flickr via our school account. http://twitter.com/lewiselementary . We don't currently have teachers set up with individual Flickr accounts, but anticipate having a few set up when we return in the fall. Friendfeed watches the various accounts and then automatically sends out tweets when the watched sites are updates. We currently have 46 followers to our school site...

This is fantastic information and I believe it will happen in our district(PB) someday. We need to start outside the district's firewall first and then take baby steps. We also need to get our SMaRT teachers on board to help take the lead within their individual schools and perhaps set up a pilot program. Keep up the good work. I love your use of Google.docs in your blog.

Great Post, very useful information, I didn't check all the twitter users, but have you considered international too?
Here is one peruvian school to look at: www.sanjorge.edu.pe
http://twitter.com/sanjorgeperu

@Mr. Lauer,
I love how you are using Flickr>Friendfeed>Twitter! Parents must LOVE being able to see new photos as they are posted. How has the feedback been? Are there any issues with publicly publishing student photos? Thanks so much for commenting.

@Taz,
I agree that it's ok to encourage teachers to use these tools, appropriately (outside the district network - not bypassing it), even if they are blocked. That's a fight that is being fought, but may take some time. Our students who are currently in our classrooms may not still be in our classrooms when we finally win that battle (and I believe we will). Thanks for visiting my blog. :)

@Gerardo
International contributors are more than welcome. My assumption has been that school-based Internet restrictions are much looser outside the U.S. so my main interest is in the U.S. to see how teachers are coping with such tight barriers and yet still benefiting from the powerful networking features of something like Twitter. The instructional aspect of how teachers are using Twitter, knows no borders; so PLEASE contribute! Thank you!

Have you seen this video about Twitter being used at the post-grad level? http://www.youtube.com/watch?v=6WPVWDkF7U8

Awesome Lee. Another excellent resource to share with educators during workshops on how to develop your PLN.
Thank you!

What a great resource to use with administrators, other teachers, and parents that clearly shows how Twitter can be used in the classroom. Thanks Lee.

Lee, this is a great post. I have actually had your Google Doc on my iGoogle page for about three weeks (found through a RT on Twitter!) and then found your blog!

I'm working on a project for grad school on Twitter in the classroom. We'll be using your document as examples of how it's being used in K-12.

I think that twitter is a good tool that many people must have in schools, jobs, University.... Because with twitter you can inquire of anything that you want, besides that you can publish personal information and many other things.

This is fantastic information and I believe it will happen in our district(PB) someday. We need to start outside the district's firewall first and then take baby steps

I pleased to find this blog site. Its is great idea that what they(students) are doing in classroom with twitter... This is really very fantastic information for me... I will use this idea or resource in my school. Thanks for this great efforts. Keep posting.. I would like to see more form you...

I am visiting again for your blog , Its helping me a lot .

I found this is an informative and interesting post so i think so it is very useful and knowledgeable.

The post is very nicely written and it contains many useful facts. I am happy to find your distinguished way of writing the post. Now you make it easy for me to understand and implement. Thanks for sharing with us.

This was a really fantastic post that I really do appreciate. This is something that is really amazing and interesting to me to say the least.

I recently came across your blog and have been reading along. I thought I would leave my first comment.

Most Social Media sites are blocked by schools, mostly to avoid gossip which distracts kids. I think social media sites should remain blocked for schools, but might be open for colleges and universities.

The blog is to good and informative where i like to discuss about this in my blog thanks for sharing.

I am speechless after seeing these pictures! I love them all! I teach kindergarten
and I'm going to make a theme, and photographs have given me so many ideas! You are so talented! Thanks!

Friendfeed watches the various accounts and then automatically sends out tweets when the watched sites are updates. We currently have 46 followers to our school site..how much it will impact the site .http://www.lifestreamhealth.com.au/detox-programs-australia

No doubt youtube is very useful for study, to know current world affairs and about the fasion in vogue. But I know why youtube is blocked in Pakistan, it is due to wrong movies against the beliefs of Islam. I think these movies should be removed from youtube so that the people of Pakistan can also get benefits of youtube I share a link here for youtube for study purposes only
Unblock All Sites