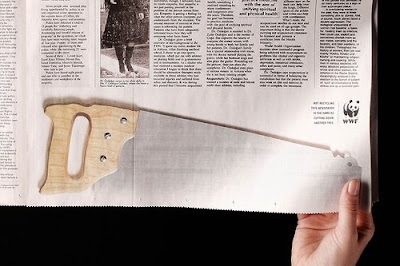 Jim Brady, Executive Editor of the Washingtonpost.com blog , has come out as saying that he would like to see a technology that could identify people who violate blog etiquette or site standards and if need be, kick them off. He goes on to say that he's not interested in personal information, just personally identifiable information in order to hold people accountable for what they post.

"I think part of the problem is that people aren't held accountable on the Web," Brady said. "People say things online they would never say when disagreeing with someone at the dinner table. I think heated debate is fine, but when there are (flame wars), many people won't take part for fear they will be attacked and bashed over the head with the (Internet-equivalent) of a steel pipe."

I have mixed feelings about this. And I'm really interested in how others feel about this too.

As in real life, there are times when it is easier or appropriate to keep things to yourself or say them in private. Sometimes you want to make a comment that could possibly yield some type of political or personal repercussions. Are we not entitled to participate in those conversations too? So, here I argue the need to keep commenters anonymous.


Be Accountable, Stand Up For What You Believe!

Unfortuntely, when commenters don't police themselves and keep the conversation civil, I can also see where requiring accountability for your statements might force authors to clean up their words. As bloggers, we've all seen comments get out of control, pejoratively. So, yes... commenters need to be held accountable and have some type of identifiable footprint.

On the other hand, I believe that all comments, even the ones that are laced with insults, originate from someone's passionate feelings about something. I also believe that the use of profanity can be seen as simply having a lack of vocabulary. Not all readers are effective writers and many know it and are embarrassed for it. If we require that all commenters have some type of identity, are automatically excluding a population of poor writers? Additionally, blogs are like private property. Bloggers can do what they want and commenters can choose to read or leave. Is that in itself, such a bad thing?

As you can see, the jury is still out for me. What are your thoughts?

I've seen as many flaming comments from people who proudly list their names and emails as there are anonymous examples... so I'm not sure holding everyone "accountable" for what they say is necessarily going to prevent that.

And I completely agree with you regarding expression! There are a lot of people who don't know how to put their feelings in words that aren't vulgar or obscene (I'm thinking particularly of a former student whose role model-- his father-- was somewhat colorful in his responses to me).

I think anonymity should remain an option.

Technology too often separates us from each other. Take the car for instance. Confined in our little air conditioned world we can rant and rave at the "idiots" on the road all around us, and say things that we would never say in person.

Comments and other forms of online communication have the same capacity for separation from our fellow humans, making it easier to see them as less than us, and therefore easier to take verbal shots at us. After all, you aren't a really human, just a bunch of words on a computer screen.

Ahem. Soap boxing there again. And back to the question now....

People ought to be responsible and be willing to own up to their online identity, but like you I see the value in letting people choose who their identity is. Not everyone wants to blend their lives away from the web with the person they choose to be online. Not everyone wants to toss their pictures up and do podcasts and so forth. There is a place for those who just want to follow and contribute as they see fit, even if it means being anonymous to some extent.

@Michelle,
You are right that forcing people to identify themselves will certainly not guarantee civility but I do think it will help and I do think it would help if further conversation with that individual needs to occur. But that in itself opens a whole new can of worms.

@Kim,
I like your example of being in the safe world of our cars. Note to self: steal this.

I'm really not a fan of anonymous comments on any blogs. If you want to be involved in the conversation, do so. If you don't at least list a way for someone to reach you, the conversation cannot continue.