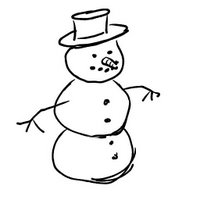 Well, our flight was delayed a bit, but we were able to make our connecting flight with no problem. We also arrived with our luggage and hockey equipment (truly a miracle because four of the boys on the team arrived without their luggage and not only had to wear their sandals around Ottawa [another story] but were forced to watch the first game from the stands since they had no equipment)!

The route we took from the airport took us alongside the Rideau Canal (see last posting). Although most of it was frozen, there were clearly parts that were not, so it does not look like the kids will be able to skate on it. It would be amazing though, as it was an absolutely beautiful drive and would be awesome for the boys to travel it on skates.

It's been snowing since around 3:00 so the kids have been throwing snowballs and rolling around in it all day. It is interesting to see these same kids who are way too cool to acknowledge their parents in public, making snow angels and giggling. My son actually put on his longjohns and gloves today.

We lost our first game (4-0) but the kids did a pretty good job considering they played with only two lines, so they were exhausted. Amazingly, the kids still engaged in "trash talk" with the other team even though the other team only spoke French!

The missing luggage finally came in tonight, so tomorrow morning's game will be played with a full team. That should make a difference. We'll see! Also on the agenda is a practice at the local rink and a game of Pond Hockey (I guess there IS a frozen pond nearby). The boys are itching to skate outdoors as they can see local kids walking around the streets carrying skates and a stick.

As for me, I like the snow, enjoy the different climate and love watching my son bond with his teammates, but I can't imagine living here full time as everytime we get in the car, we have to scrape the windshield and turn on the heat. Our rental car has seat heaters too, which is REALLY nice when the temperature seems to hover around 10 degrees. Not to mention the long list of items we have to remember to take with us everytime we leave the hotel (scarf, gloves, hat, etc.). There's something to be said for being able to wear short sleeves all year 'round and being able to drive your car without having to shovel, plow or scrape anything. I also like the idea of being able to see the streets at home, as opposed to when it snows here everything looks the same and all the previous landmarks are no longer there. I'll also be happy to be home where everytime I spend a few bucks, I know what I'm handing over and know definitively whether I'm getting the correct change.

For now though it's a fun learning experience for all and I'm trying hard not to consider the fact that the airport might actually be closed when we try to return home. Eh?